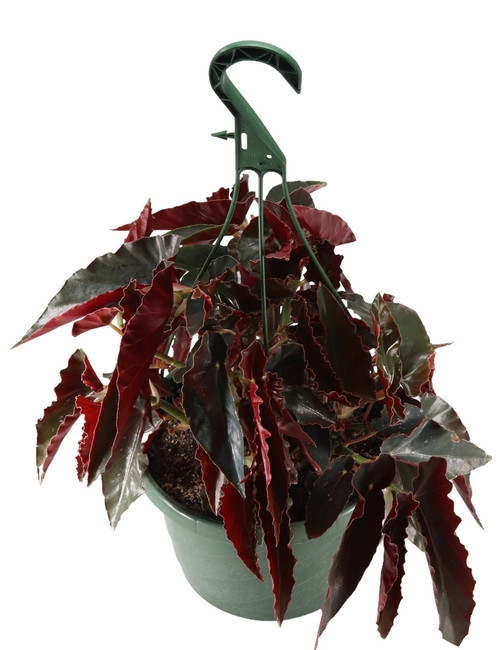 Begonia is a genus of perennial flowering plants in the family Begoniaceae. The genus contains more than 2,000 different plant species. The Begonias are native to moist subtropical and tropical climates. Some species are commonly grown indoors as ornamental houseplants in cooler climates. In cooler climates some species are cultivated outside in summertime for their bright colorful flowers, which have sepals but no petals.
With 2,002 species, Begonia is one of the largest genera of flowering plants. The species are terrestrial (sometimes epiphytic) herbs or undershrubs, and occur in subtropical and tropical moist climates, in South and Central America, Africa, and southern Asia. Terrestrial species in the wild are commonly upright-stemmed, rhizomatous, or tuberous. The plants are monoecious, with unisexual male and female flowers occurring separately on the same plant; the male contains numerous stamens, and the female has a large inferior ovary and two to four branched or twisted stigmas. In most species, the fruit is a winged capsule containing numerous minute seeds, although baccate fruits are also known. The leaves, which are often large and variously marked or variegated, are usually asymmetric (unequal-sided).