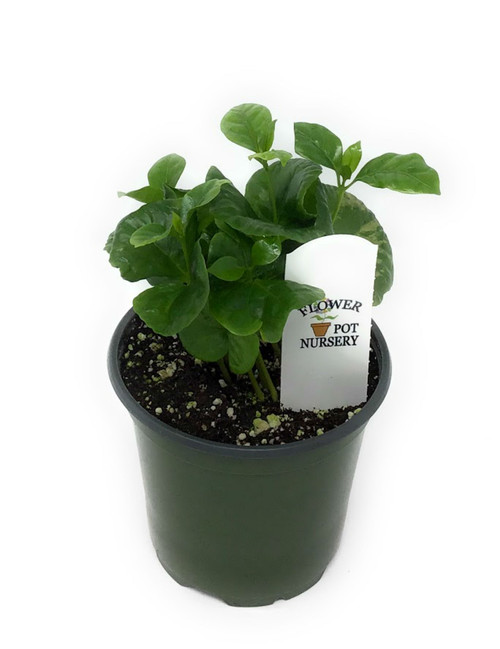 Coffea arabica (/əˈræbɪkə/), also known as the Arabian coffee, "coffee shrub of Arabia", "mountain coffee" or "arabica coffee", is a species of Coffea. It is believed to be the first species of coffee to be cultivated, and is the dominant cultivar, representing about 60% of global production. Coffee produced from the (less acidic, more bitter, and more highly caffeinated) robusta bean (C. canephora) makes up most of the remaining coffee production. Arabica coffee was first found in Yemen and documented by the 12th century. Coffea arabica is called būna in Arabic. The first written record of coffee made from roasted coffee beans (botanical seeds) comes from Arab scholars, who wrote that it was useful in prolonging their working hours. The Arab innovation in Yemen of making a brew from roasted beans, spread first among the Egyptians and Turks, and later on found its way around the world. Other scholars believe that the coffee plant was introduced from Yemen, based on a Yemeni tradition that slips of both coffee and qat were planted at 'Udein' ('the two twigs') in Yemen in pre-Islamic times. Give credit where credit is due: Wikipedia 2020