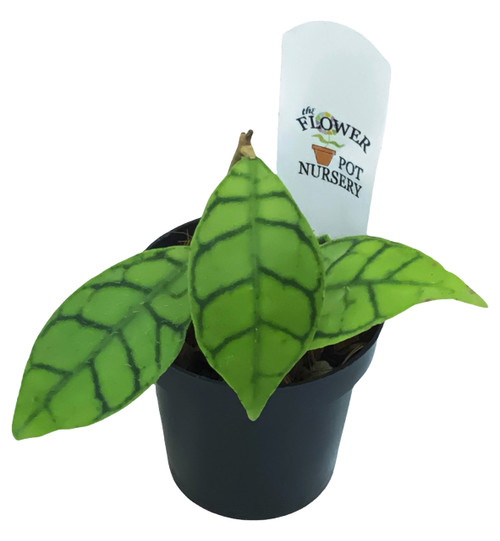 Hoya is a genus of 200-300 species of tropical plants in the dogbane family, Apocynaceae. Most are native to several countries of Asia such as Philippines, India, Thailand, Malaysia, Vietnam, Bangladesh, Indonesia, Polynesia, New Guinea, and a vast variety of species could also be found in Australia.

Common names for this genus are waxplant, waxvine, waxflower or simply hoya. This genus was named by botanist Robert Brown, in honour of his friend, botanist Thomas Hoy.

Hoyas are evergreen perennial creepers or vines or, rarely shrubs. They often grow epiphytically on trees; some grow terrestrially, or occasionally in rocky areas. They climb by twining, and with the employment of adventitious roots. Larger species grow 3-59 ft, or more, with suitable support in trees. They have simple entire leaves, arranged in an opposite pattern, that are typically succulent. Leaves may exhibit a variety of forms, and may be smooth, felted or hairy; venation may be prominent or not, and many species have leaf surfaces flecked with irregular small silvery spots.

The flowers appear in axillary umbellate clusters at the tip of peduncles. Hoya peduncles are commonly referred to as spurs. In most species these spurs are perennial and are rarely shed. Each flowering cycle increases the length of the spur, and in the larger species can eventually reach 11 in or more. Flowers vary in size from 1⁄8 in (Hoya bilobata Schltr.) to over 3+3⁄4 in (in H. lauterbachii K. Schuman) in diameter. Flower form is typically star-shaped, with five thick, waxy, triangular petals, topped with another star-shaped structure, the corona. Colors on most species range from white to pink; there are species that exhibit yellow to orange, dark reds to near-black, and there are green flowers. Many are sweetly scented. and most produce abundant nectar.

Seeds are borne in twin pods, actually follicles, are generally light, and are dispersed by the wind by means of a small tuft of silky fluff. Germination is rapid, but viability is not long.

Several species exhibit adaptations for mutualism with ants by providing modified leaves for domatia ("homes"), much as in the related genus Dischidia; H. imbricata has leaves that form a concave cup over the tree trunk it climbs up to shelter ants, and H. darwinii has arrangements of bullate leaves on its stems to form shelters.