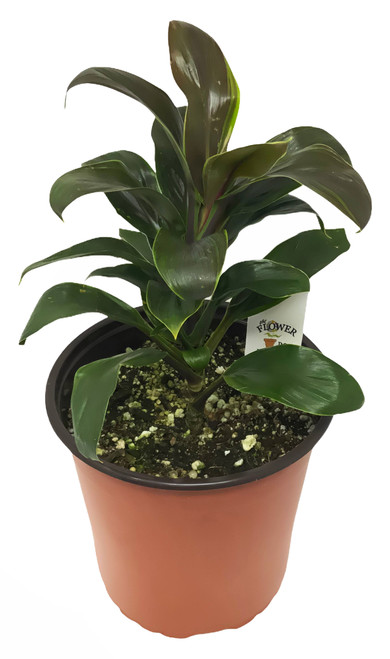 Cordyline fruticosa is an evergreen flowering plant in the family Asparagaceae. The plant is of great cultural importance to the traditional animistic religions of Austronesian and Papuan peoples of the Pacific Islands, New Zealand, Island Southeast Asia, and Papua New Guinea. It is also cultivated for food, traditional medicine, and as an ornamental for its variously colored leaves. It is identified by a wide variety of common names, including ti plant, palm lily, cabbage palm.

The reconstructed Proto-Malayo-Polynesian word for ti is *siRi. Cognates include Malagasy síly; Palauan sis; Ere and Kuruti siy; Araki jihi; Arosi diri; Chuukese tii-n; Wuvulu si or ti; Tongan sī; Samoan, Tahitian, and Māori tī; and Hawaiian kī. The names in some languages have also been applied to the garden crotons (Codiaeum variegatum), which similarly have red or yellow leaves. The cognates of Proto-Western-Malayo-Polynesian *sabaqaŋ, similarly, have been applied to both garden crotons and ti plants.

In the Philippines, they are also known by names derived from the Proto-Austronesian *kilala, "to know", due to its use in divination rituals. Cognates derived from that usage include Tagalog sagilala; and Visayan and Bikol kilála or kilaa, though in Central Visayas, this plant is called ti-as. In New Zealand, the terms for ti were also transferred to the native and closely related cabbage tree (Cordyline australis), as tī kōuka.

Cordyline fruticosa was formerly listed as part of the families Agavaceae and Laxmanniaceae (now both subfamilies of the Asparagaceae in the APG III system).

Ti is a palm-like plant growing up to 9.8 to 13.1 ft tall with an attractive fan-like and spirally arranged cluster of broadly elongated leaves at the tip of the slender trunk. It has numerous color variations, ranging from plants with red leaves to green and variegated forms. It is a woody plant with leaves 12-24 in (rarely 30 in) long and 2.0-3.9 in wide at the top of a woody stem. It produces 16-24 in long panicles of small scented yellowish to red flowers that mature into red berries. These berries have been described as "dry and fleshy."