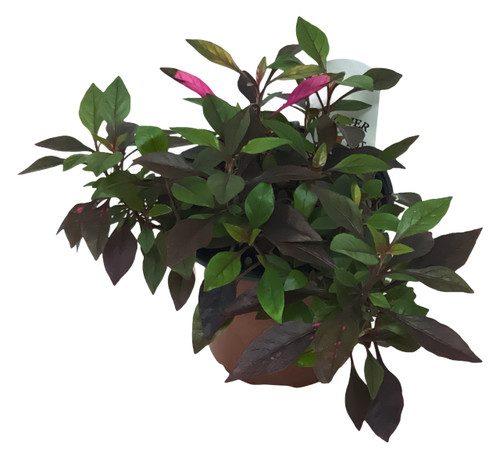 Alternanthera is a genus of flowering plants in the family Amaranthaceae. It is a widespread genus with most species occurring in the tropical Americas, and others in Asia, Africa, and Australia. Plants of the genus may be known generally as joyweeds, or Joseph's coat. Several species are notorious noxious weeds.

These are annual or perennial herbs or subshrubs. While some of the better-known species are aquatic plants, most are terrestrial. They take many forms, from prostrate to erect to floating. The leaves are oppositely arranged. The inflorescence is a spike or a rounded head occurring in the leaf axils or the ends of branches. The flowers have 5 tepals. There are 3 to 5 stamens which are fused into a rim at the bases, and 5 pseudostaminodes, appendages between the stamens that are not true staminodes. The fruit is a utricle containing one seed.