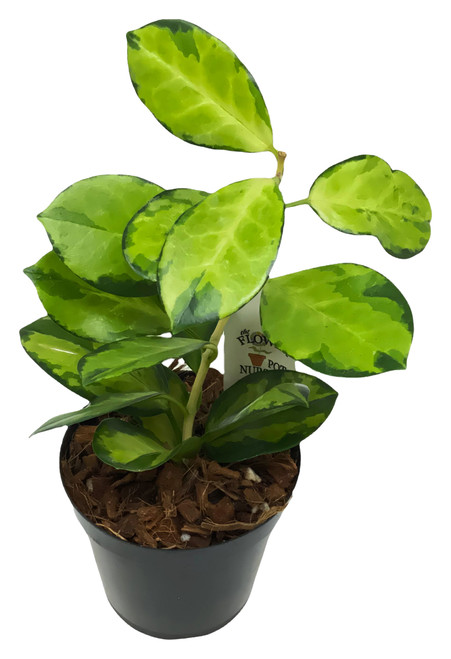 Hoya australis, commonly known as the waxvine or common waxflower, is one of the species in the genus Hoya. It is a vine found on rainforest margins and rocky areas, and occurs in eastern and northern Australia, from Western Australia, through the Northern Territory and coastal Queensland from Cape York to northern New South Wales. It is a popular garden plant, noted for its fragrant flowers.

The common waxflower was originally described in 1828 by the botanist Robert Brown; its specific epithet australis is Latin for "southern".

Hoya australis is an evergreen climbing vine which may reach 13-33 ft. It has simple opposite glabrous (shiny) leaves. They are succulent (thick and fleshy) and elliptical or ovate in shape; leaves growing in sunnier positions are a more yellowish green while those in shadier locales are dark green in color. Flowering may occur at any time of year. The flowers appear in axillary umbellate clusters at the apex. Each flower is with five thick, waxy, triangular petals, and white with each lobe marked red. They have a strong sweet scent and produce abundant nectar.