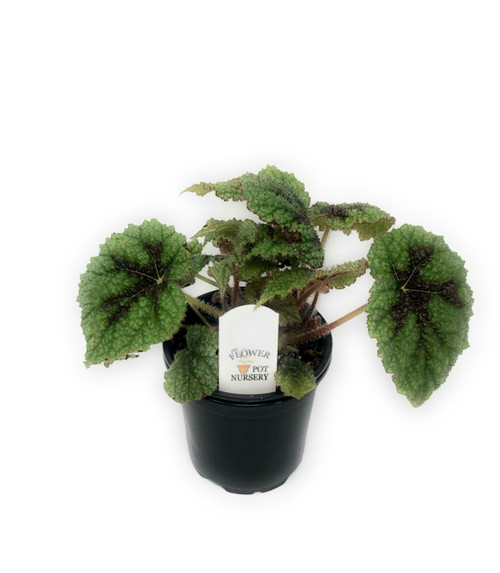 Begonia masoniana, the iron cross begonia, is a species of plant in the family Begoniaceae, native to southern China and northern Vietnam. It was originally described from cultivated plants of unknown origin and was only much later rediscovered in the wild. It is a rhizomatous perennial begonia growing to 20 in, bearing large, asymmetrical, textured green leaves covered in reddish hairs, with a prominent dark brown pattern in the centre of each leaf, reminiscent of the German Iron Cross. It produces small white flowers in erect panicles, but is cultivated mainly for its foliage effect. In temperate regions it must be grown under glass, or in a completely frost-free environment. Although sometimes (incorrectly) considered a rex begonia, this species is classified in the related section Coelocentrum.

This plant has gained the Royal Horticultural Society's Award of Garden Merit.