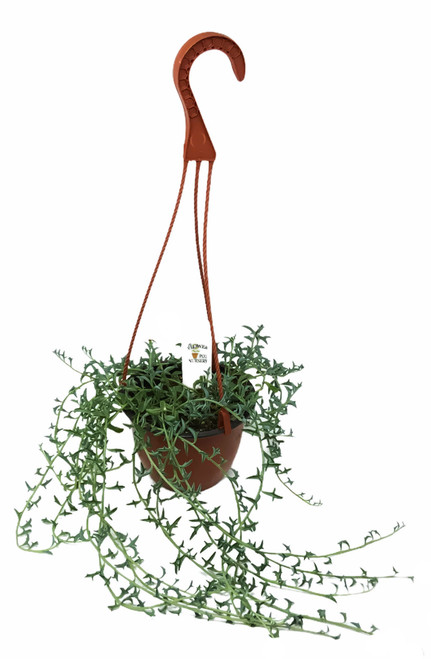 Curio × peregrinus, also known as dolphin necklace, flying dolphins, string of dolphins, dolphin plant or Senecio hippogriff, is a succulent nothospecies of Curio (previously Senecio) in the family Asteraceae. It is often called, incorrectly, Senecio peregrinus, but that name was previously given, by Grisebach in 1879, to a different species from South America. The name Curio × peregrinus was published in 1999, based on the earlier name Kleinia peregrina; however, this name was not validly published. The plant is a hybrid between Curio rowleyanus and Curio articulatus.

Reaching a height of 6 inches tall, the plant's curvy leaves develop two small points which make it look like a pod of coltish dolphins. It blooms from May to June. The flowers are mincing and white in colour, forming clenched puffballs. Each bloom has a halo of blood red to golden yellow filaments.