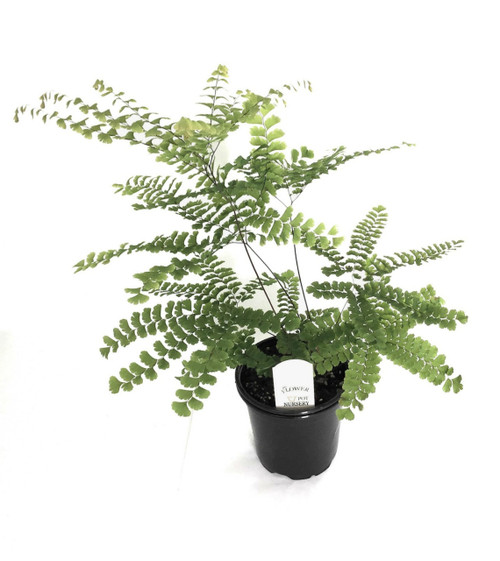 Five Finger Maidenhair Fern / Northern - Adiantum aleuticum - 4” Pot Adiantum aleuticum(western maidenhair fern, Aleutian maidenhair) is a species of fern in the genus Adiantum, native mainly to western North America from the Aleutian Islands of Alaska, south to Chihuahua, and also locally in northeastern North America from Newfoundland south to Maryland. Description The fronds grow to 15-110 cm high, and are fan-shaped, light to medium green with dark brown to black stems. It is deciduous. It prefers fertile, moist soil in rock crevices near streams, from sea level in the north of its range, up to 3,200 m altitude in the south of its range. It tolerates serpentinite rock well, and is confined to this mineral-rich rock in some areas. Other common names includeserpentine maidenhair and five-fingered fern. Numerous cultivars have been developed for garden use, of which 'Subpumilum' has gained the Royal Horticultural Society's Award of Garden Merit.