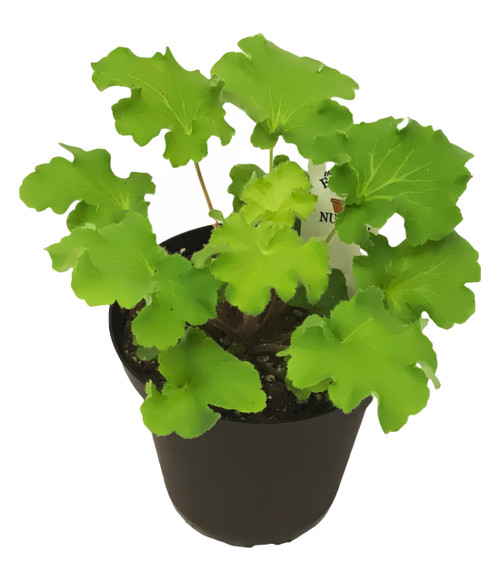 Heuchera is a genus of largely evergreen perennial plants in the family Saxifragaceae, all native to North America. Common names include alumroot and coral bells.

Alumroot species grow in varied habitats, so some species look quite different from one another, and have varying preferences regarding temperature, soil, and other natural factors. H. maxima is found on the Channel Islands of California, where it grows on rocky, windy, saline-washed ocean shores, and H. sanguinea, called coral bells because of its cerise flowers, can be found in the warm, dry canyons of Mexico and adjacent New Mexico and Arizona. In the Mid-Atlantic region of the United States, the plants grow best in shade.