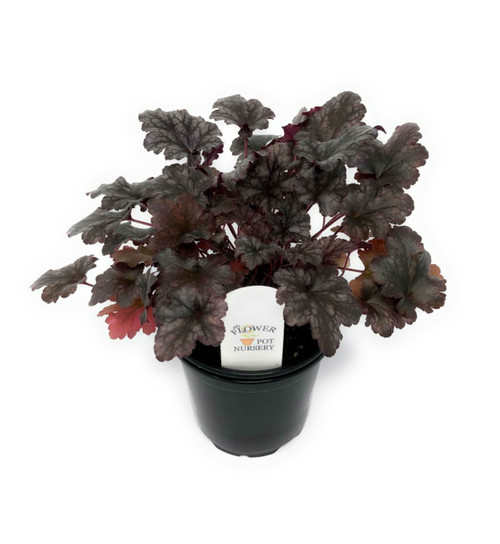 The shiny foliage is beyond burgundy...a shimmering plum purple and the plant has a tight habit. It is an excellent foil for variegated, silvered and golden plants.

Heuchera is a genus of evergreen, herbaceous perennial plants in the family Saxifragaceae, all native to North America. Common names include alumroot and coral bells.