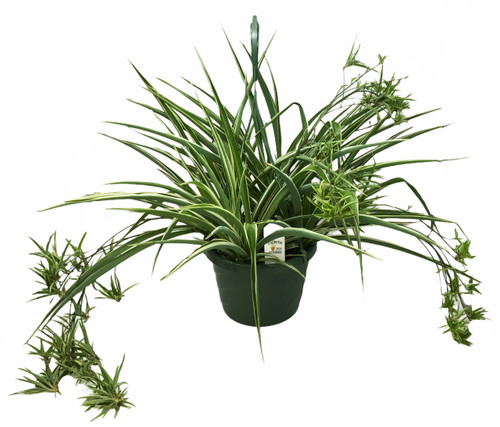 Chlorophytum comosum, often called spider plant but also known as airplane plant, St. Bernard's lily, spider ivy, ribbon plant, and hen and chickens is a flowering perennial herb. It is native to tropical and southern Africa, but has become naturalized in other parts of the world, including western Australia. Chlorophytum comosum is easy to grow as a houseplant; variegated forms are the most popular.