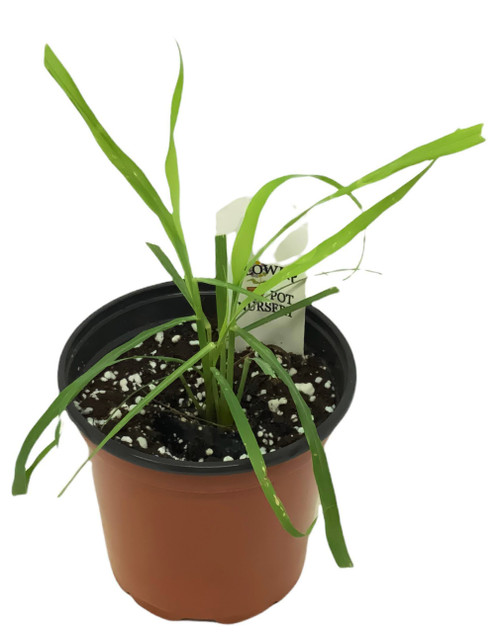 Cymbopogon citratus is often sold in stem form. While it can be grown in warmer temperate regions, such as the UK, it is not hardy to frost.

Cymbopogon citratus is part of the grass family, Poaceae. They contain simple, bluish-green leaves with entire margins and are linear in shape. The blades tend to be 18-36 inches long. Like other grasses, the leaves also have parallel venation.

Cymbopogon citratus is native to Island Southeast Asia (Malesia). It has been introduced extensively to South Asia since precolonial times. After the World War I, lemongrass was introduced to Madagascar, South America, and Central America. It has now been naturalized throughout the tropics and subtropics worldwide.

In its native range, Cymbopogon citratus is known as sereh, serai, or serai dapur in Indonesia and Malaysia; and tanglad, salai, or balioko in the Philippines.