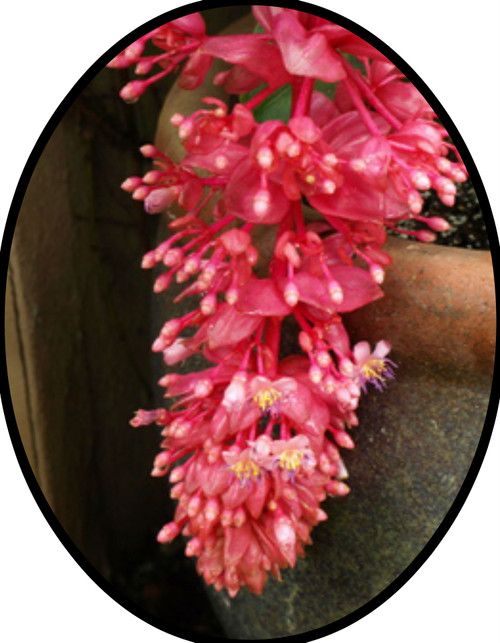 Medinilla is a genus of about 193 species of flowering plants in the family Melastomataceae, native to tropical regions of the Old World from Africa (two species) east through Madagascar (about 70 species) and southern Asia to the western Pacific Ocean islands. The genus was named after J. de Medinilla, governor of the Mariana Islands in 1820. They are evergreen shrubs or lianas. The leaves are opposite or whorled, or alternate in some species. The flowers are white, pink, red, or orange, and are produced singly or in large panicles. Give credit where credit is due: Wikipedia 2020
×