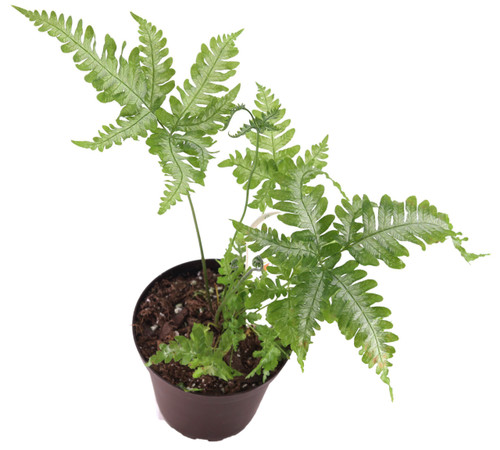 Pteris (brake) is a genus of about 300 species of ferns in the subfamily Pteridoideae of the family Pteridaceae. They are native to tropical and subtropical regions, southward to New Zealand, Australia, and South Africa, north to Japan and North America. 78 species (35 endemic) are found in China. Some species of Pteris have considerable economic and ecological value, such as Pteris multifida, Pteris ensiformis, Pteris vittata can be used for ornamental purposes; as a hyperaccumulator, Pteris multifida and Pteris vittata can be used to control soil pollution.

Many of them have linear frond segments, and some have sub-palmate division. Like other members of the Pteridaceae, the frond margin is reflexed over the marginal sori. The outermost layer is the single layered epidermis without stomata. The cortex is differentiated into outer and inner cortical region. The vascular cylinder is an amphiphloic siphonostele.

The term "brake", used for members of this genus, is a Middle English word for "fern" from southern England. Its derivation is unclear, and is generally thought to be related to "bracken", whereby the latter word has been assumed to be a plural, as with "children", and the former word a back-formation. However it may have a separate derivation.