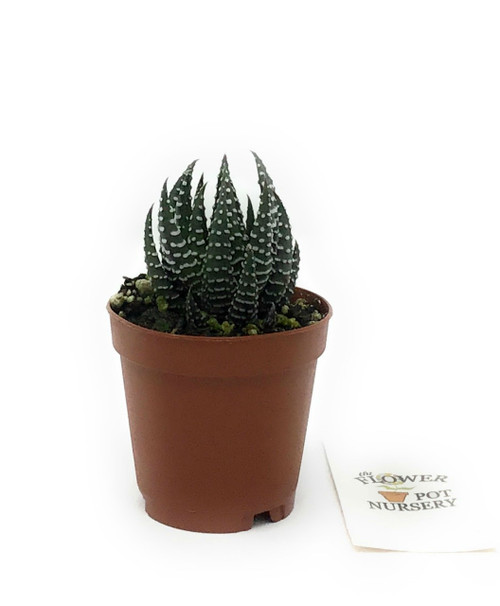 Haworthiopsis fasciata, formerly Haworthia fasciata, is a species of succulent plant from the Eastern Cape Province, South Africa. The species is rare in cultivation; most plants that are labelled as H. fasciata are actually Haworthiopsis attenuata.

The plants are generally small, less than 4 in high. The triangular shaped leaves are green with narrow white crested strips on the outside. At the end of the leaf is a non acute spine. The summer flowers appear in October and November, on the end of an inflorescence.

The species has similar markings to Haworthiopsis attenuata, which is commonly grown as a house plant. The two are therefore frequently confused with each other, and a great many H. attenuata specimens are mislabelled as the rarer H. fasciata.

The most fundamental distinction, though not externally obvious, is that Haworthiopsis fasciata has fibrous leaves - unlike H. attenuata, but similar to H. glauca, H. coarctata, H. reinwardtii and H. longiana.