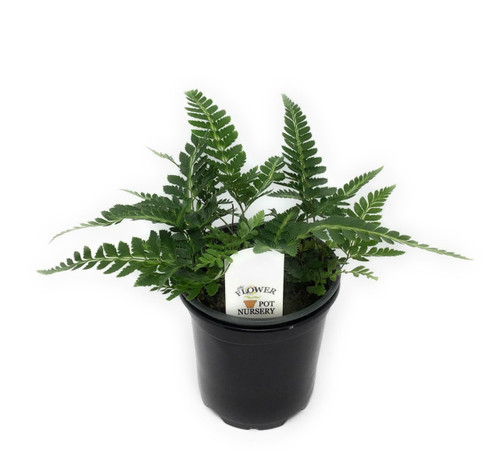 Arachniodes simplicior, the East Indian holly fern (from China and Japan!), is popular and unique in being one of the few “hardy” ferns with variegated foliage. Dark green shiny fronds are decorated with a creamy stripe down the middle of the pinnae as well as the midrib of the frond. This evergreen lustrous ornamental fern creeps about via an underground rhizome and sends up 1 to 2 foot fronds at periodic intervals; well-spaced when in full shade and clustered in the bright light which it enjoys. It is not fussy about soil types and stands out as a sparkly ornamental in all garden situations as well as indoors. Try sitting it in contrast and complement with pale greens in Zones 7 to 10.

Arachniodes is a fern genus in the family Dryopteridaceae (wood ferns). A number of species in this genus are known as "holly ferns".

The genus Arachniodes was first published by Carl Ludwig von Blume in 1828, with the single Indonesian species Arachniodes aspidioides. But the genus wasn't widely recognized until Mary Douglas Tindale transferred the two species Byrsopteris amabilis and Byrsopteris aristata into it in 1961.