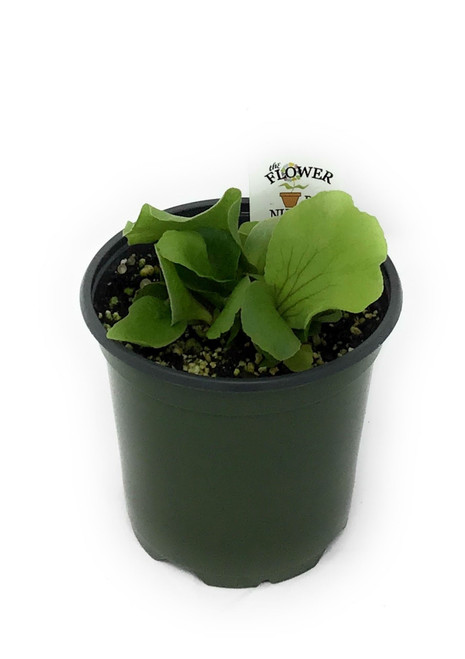 A plant with its large fronds with strong rib like veins apearing like that of an elephant's ear. This plant can grow anywhere (ground, in a tree, on a wall or even on a slab of concrete) as long as it gets plenty of sunshine and does not stay wet. Platycerium is a genus of about 19 fern species in the polypod family, Polypodiaceae. Ferns in this genus are widely known as staghorn or elkhorn ferns due to their uniquely shaped fronds. This genus is epiphytic and is native to tropical and temperate areas of South America, Africa, Southeast Asia, Australia, and New Guinea. Platycerium sporophytes (adult plants) have tufted roots growing from a short rhizome that bears two types of fronds, basal and fertile fronds. Basal fronds are sterile, shield or kidney shaped and laminate against the tree and protect the fern's roots from damage and desiccation. In some Platycerium species the top margin of these fronds forms an open crown of lobes and thereby catches falling forest litter and water. Fertile fronds bear spores on their undersurface, are dichotomous or antler shaped and jut out or hang from the rhizome. The spores are born in sporangia clustered in large sori that are usually positioned on the lobes or at the sinus between frond lobes. Some species of Platycerium are solitary having only one rhizome. Other species form colonies when their rhizomes branch or when new rhizomes are formed from root tips. If the conditions are right the spores will germinate naturally on surrounding trees. Platycerium gametophytes are a small heart-shaped thallus. Platycerium have diverged into four natural groups. Several Platycerium are strongly adapted to xeric conditions and the drought tolerating mechanism Crassulacean Acid Metabolism has been reported for P. veitchii. Give credit where credit is due: Wikipedia 2019