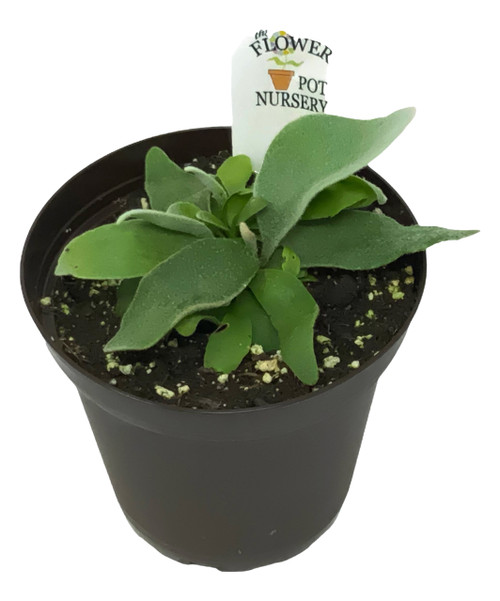 The fern is native to north-east New South Wales (north of Nabiac) and Queensland. It can also be found in parts of Indonesia and Malaysia. In propagated form, the plant is grown successfully as far south as Victoria.

During the 1990s, the fern was also discovered on the Hawaiian Islands where they are now considered a "problem species".

Platycerium is a bracket epiphyte naturally occurring in and near rainforests but is now also widely cultivated as an ornamental plant for gardens.

In both naturally occurring and propagated forms, these ferns develop a humus-collecting "nest" of non-fertile fronds and in doing so can grown up to 1 metre wide. The ferns also develop hanging fertile fronds that can reach up to 2 metres long.

Both fertile and non-fertile fronds are broad and branching and grown to resemble the horns of a stag or elk, thus the common names stag horn or elk horn.

In the wild, the nest structure captures falling leaves and other detritus which then decomposes to provide the plant with nutrients. The ferns are known to favour a slightly acidic environment and so to encourage growth in propagated plants, some growers recommend adding used tea leaves directly to the plant's "nest". Others recommend doing the same with banana peel.

This native Australian staghorn grows on sun exposed boulders and rocks and is heat loving. In its native location it has to survive droughts of 2 months or more without rain. As with many drought tolerant plants its foliage is slightly glaucous with waxy hairs that protect it. It should be watered sparingly in winter. Excellent on plaques and in wooden or wire baskets.