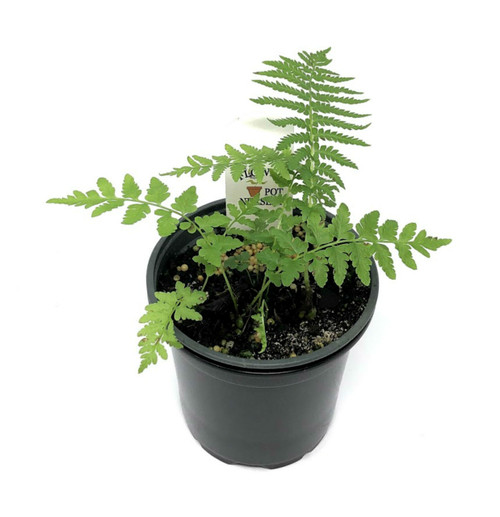 The fronds are dimorphic, with the deciduous green sterile fronds being almost vertical, 39–67 in tall and 7.9–13.8 in broad, long-tapering to the base but short-tapering to the tip, so that they resemble ostrich plumes, hence the name. The fertile fronds are shorter, 16–24 in long, brown when ripe, with highly modified and constricted leaf tissue curled over the sporangia; they develop in autumn, persist erect over the winter and release the spores in early spring.