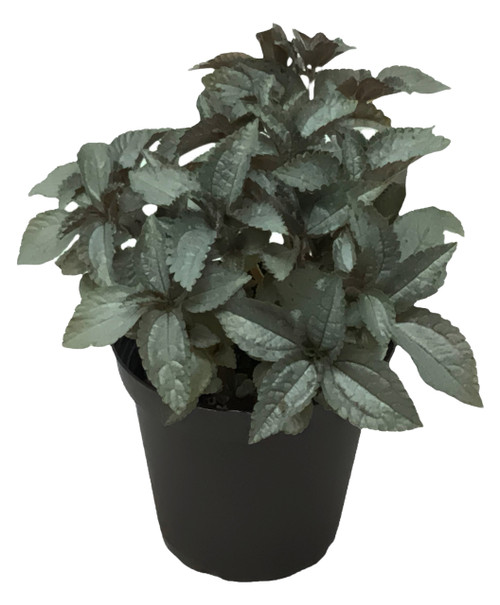 Pilea cadierei, the aluminium plant or watermelon pilea, is a species of flowering plant in the nettle family Urticaceae, native to China (provinces of Guizhou and Yunnan) and Vietnam. The specific epithet cadierei refers to the 20th-century botanist R.P. Cadière. It has gained the Royal Horticultural Society's Award of Garden Merit.

It is an evergreen perennial growing up to 24 in tall with dark green oval leaves, each leaf having four raised silvery patches (hence the name "aluminium plant"). There are rhizomes formed. The independently upright stems are somewhat succulent and sometimes wood at the base; they are bald. Stems, stipules, petioles and blades are densely covered with spindle-shaped cystoliths.[6]


There are three main nerves that are visible at least 3/4 of their length and there are three side nerves on each side. The leaf margins are hardly recognizable to weakly serrated or bitten out. On the upper side of the leaf there are two subdivided white furrows and this results in some silvery raised areas (hence the English designations "aluminum" or "watermelon plant"). The early falling, parchment-like stipules are initially green and brown when dry.

The fruits ripen in China between November and December. The nut fruits are always lonely and are egg-shaped and flattened at a length of about 1.5 millimeters. The seeds contain endosperm and a straight embryo with two oval-elliptical or circular cotyledons.