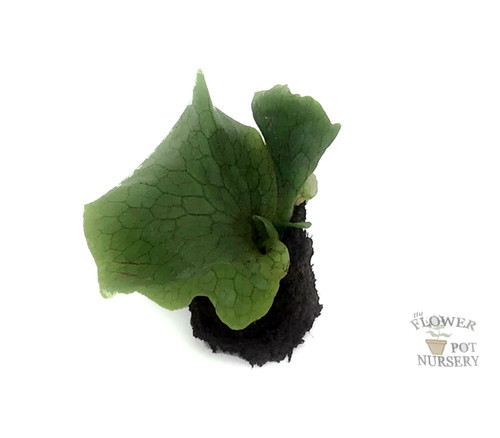 Platycerium superbum, commonly known as the staghorn fern, is a Platycerium species of fern. It is native to Australia.

The fern is native to north-east New South Wales (north of Nabiac) and Queensland. It can also be found in parts of Indonesia and Malaysia. In propagated form, the plant is grown successfully as far south as Victoria.

Platycerium superbum is a bracket epiphyte naturally occurring in and near rainforests but is now also widely cultivated as an ornamental plant for gardens.

In both naturally occurring and propagated forms, these ferns develop a humus-collecting "nest" of non-fertile fronds and in doing so can grow up to 1 metre wide. The ferns also develop hanging fertile fronds that can reach up to 2 metres long.

Both fertile and non-fertile fronds are broad and branching and grown to resemble the horns of a stag or elk, thus the common names stag horn or elk horn.